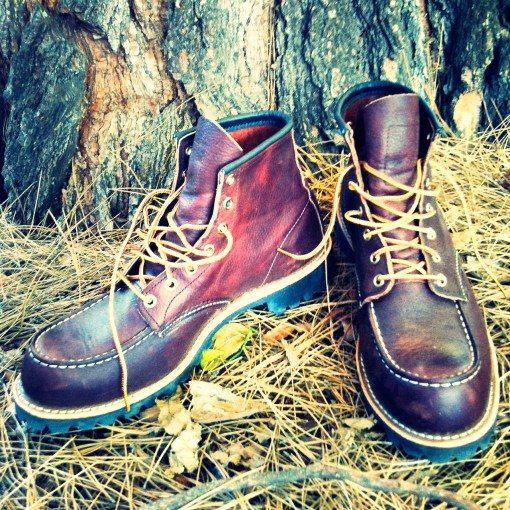 “The Roughneck” – Red Wing 8146 of the Heritage Collection! 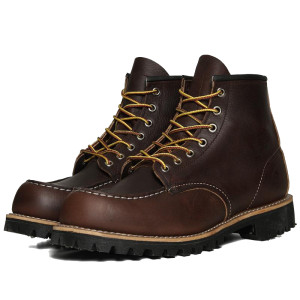 Another one of our Classic Mocs, Red Wing 8146, the “Roughneck” Moc Toe Lug, is fashioned after our original work boot style. These are the boots that come to mind when you hear the name Red Wing Boots. For years, our iconic classic mocs have been built to exacting standards by master cobblers with the greatest quality materials available – and we aren’t afraid to stand behind each and every pair that we make. Heritage boots are special – they capture the soul of Red Wing Boots; a perfect marriage of form and function – and Boot 8146 is no exception.

The “Roughneck” is a 6-inch moc toe, constructed from Briar Oil Slick leather with a Vibram Lug outsole. It is triple stitched for the ultimate in quality and features Goodyear welt construction for everlasting durability.

We created this boot for the grizzled workers who built the industrial energy backbone of our country: the oil rig workers. At the time, the technology for oil extraction was somewhat new and best practices (or OSHA) hadn’t been established. Working on an oil rig was widely considered to be one of the most dangerous jobs you could find. As you can imagine, only the hardest men worked on these rigs – the guys with skin like beef jerky and attitudes to match. This tough exterior earned them the nickname “Roughnecks”. These men needed a boot that could match their moniker, and the Red Wing 8146 was born. We wanted this boot to not only be tough, but look tough – and the rest is history.

While the workplace isn’t as dangerous as it used to be, the need for a tough boot hasn’t changed. All around the world there are tough men, with tough jobs, that expect their equipment to perform without question, and boot 8146 answers that call.

We hope you enjoyed this installment of the Red Wing Heritage series! Keep an eye on the Red Wing Richmond Blog for the next classic Red Wing Boot in the series. If you’d like to know more, give us a call at one of our three Richmond Area locations or contact us online!